My first trip to Europe was before the advent of smartphones. There was no GPS to get from place-to-place. My Eurailpass in hand, I lugged around my dog-eared copy of Let’s Go: Europe and was grateful and elated for the tips and highlights found within the pages of this comprehensive travel guide as I sampled the major cities of Europe by train.

A revisit to Europe this summer proved much different. Older, wiser, and armed with technology, this trip allowed me to leave no stone unturned. With my husband and two tween children as travel companions, we rented a shiny bronze Fiat 500X and set out through the Loire Valley to explore some smaller villages and hamlets – sites we wouldn’t readily see as tourists in the bigger cities. This time, I wanted to meet locals and immerse myself in the customs and culture of France from the vantage point of winding roads off the beaten path, and meet the French in settings removed from the City of Lights.

After a brief stay in a 16th century mill- turned-inn in Veigne (with the most extraordinary cheese course known to humankind), we set out to explore the prehistoric Lascaux Caves (or rather a meticulous recreation) in the Dordogne region of southwestern France. A spectacular site, we felt like we were really delving into a history and culture that was beyond the typical traveler’s fare. 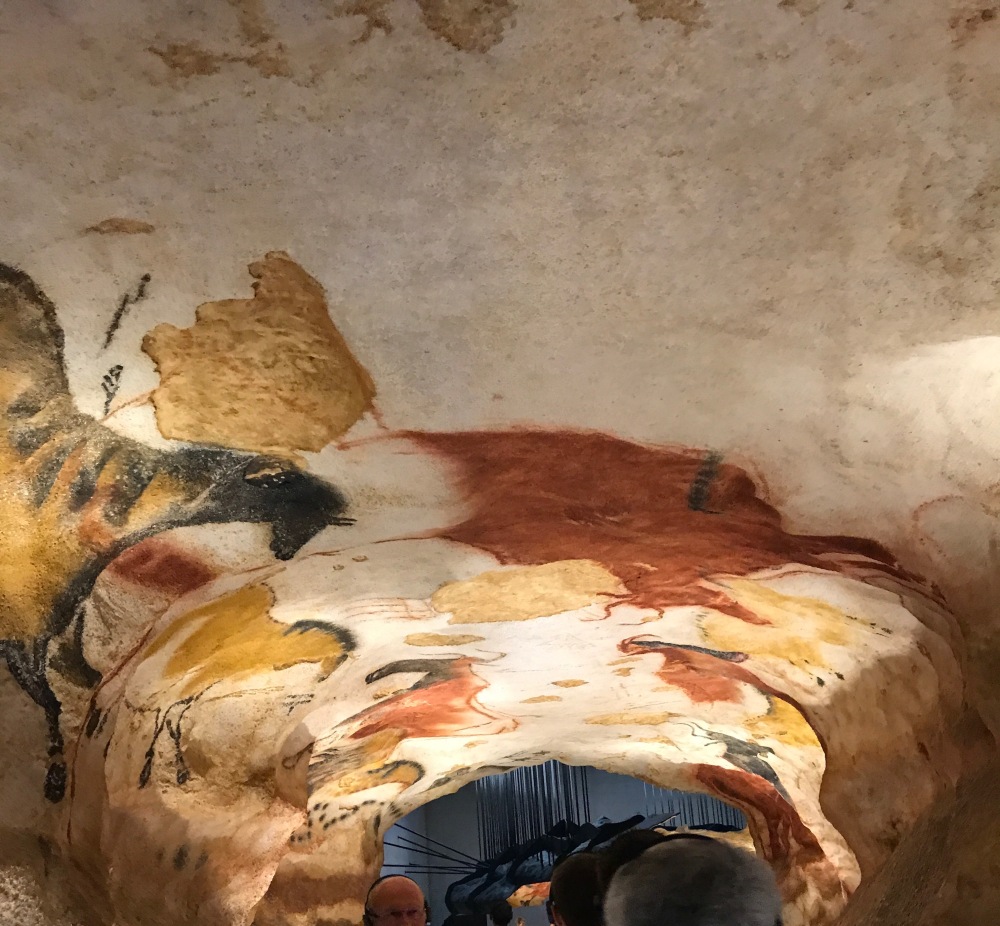 After several hours of exploration, we were hungry. We set out to the closest village of Montignac for a late lunch. And here is where we learned our first lesson: outside of Paris, the French do not generally offer food service all day. Arriving in Montignac around 3:45pm, we were dismayed to find not one single restaurant or bistro open to serve food. “We are sorry, madame. We will reopen for dinner at 7:00pm.”

Hungry and tired, we sat down at a café for a drink to consider our options. Our next stop was a grand old hotel outside the medieval walled city of Carcassonne – a three hour drive. By this time, with all the walking around Montignac trying to unsuccessfully locate a place willing to serve us a meal, it was nearly 5:30 pm. Did we want to wait another 90 minutes and tuck into a meal here? That would get us to our hotel in Carcassonne at an ungodly hour.

And then the rain began to fall. Not a light summer rain. This was heavy, hard, forceful rain. A rain that would slow us down even more. The decision was made – we got into our trusty Fiat and would find a place to eat en route to Carcassonne. 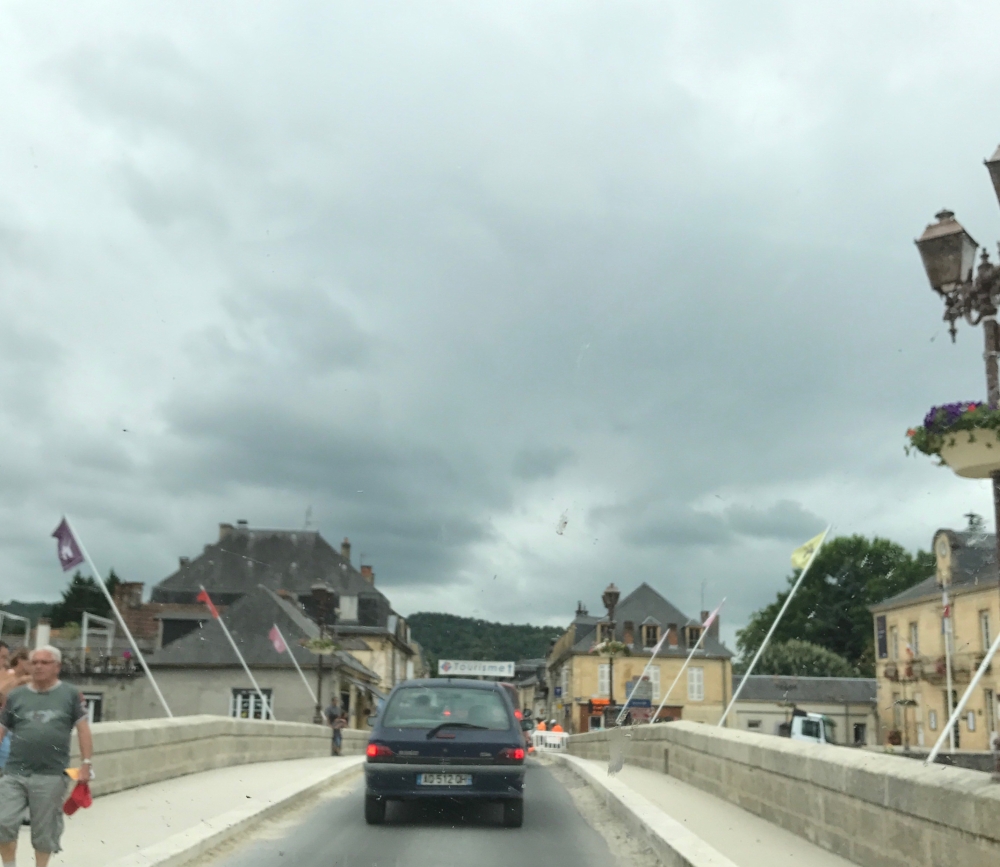 We set the GPS to our destination. I looked at the online map for restaurant suggestions that coincided with our route. After calling a couple of promising restaurants, we found one that appeared to offer everything we wanted: charm, regional cuisine, and most importantly they could accommodate our party of four at 6:30 pm.

As we meandered through little hilly lanes in the raging storm, it occurred to me that this was taking longer than what the map originally outlined. We seemed alone on these roads, and they seemed to be taking us even more out-of-the-way than we had planned. I glanced at the GPS setting, and somehow it was set to avoid all toll roads. This added an extra two hours to our overall drive and coupled with this storm, was not a welcome discovery.

I called our restaurant again. “Domage, but we are delayed. Will you still be able to accommodate us this evening?” The response was a patient and forgiving, “oui.” Famished, we set out with purpose to the little community of Leobard in the Midi-Pyrenees region of France. Were it not for our toll-phobic GPS setting, this restaurant would not have popped into our map as it was not close to the main route whatsoever.

As we searched for a sign indicating the restaurant, the lustrous golden light of dusk welcomed us and magically shone on the sign for L’Abbaye. We parked the car and walked a few paces on a gravel walkway that was festooned with pink wild roses climbing the exterior of this stone building. We found our way to the door of the farm house restaurant and saw through the glass that the salon had an intimate number of patrons throughout the dining room enjoying their meals. The rain had ceased a few minutes earlier and we stepped over a housecat who sought shelter under the entrance awning. He looked up at us with a faint tilt of his head, as if to indicate we had found the right place.

Our table was next to a window that opened out onto a sweeping hillside and also had a view of the kitchen entrance adjacent to an ancient stone fireplace that also served as a bread oven. The owners were a Dutch couple, Inky and Hans, who had fallen in love with the area nearly twenty years prior. They had raised their children here, and were getting ready to retire to a new adventure. 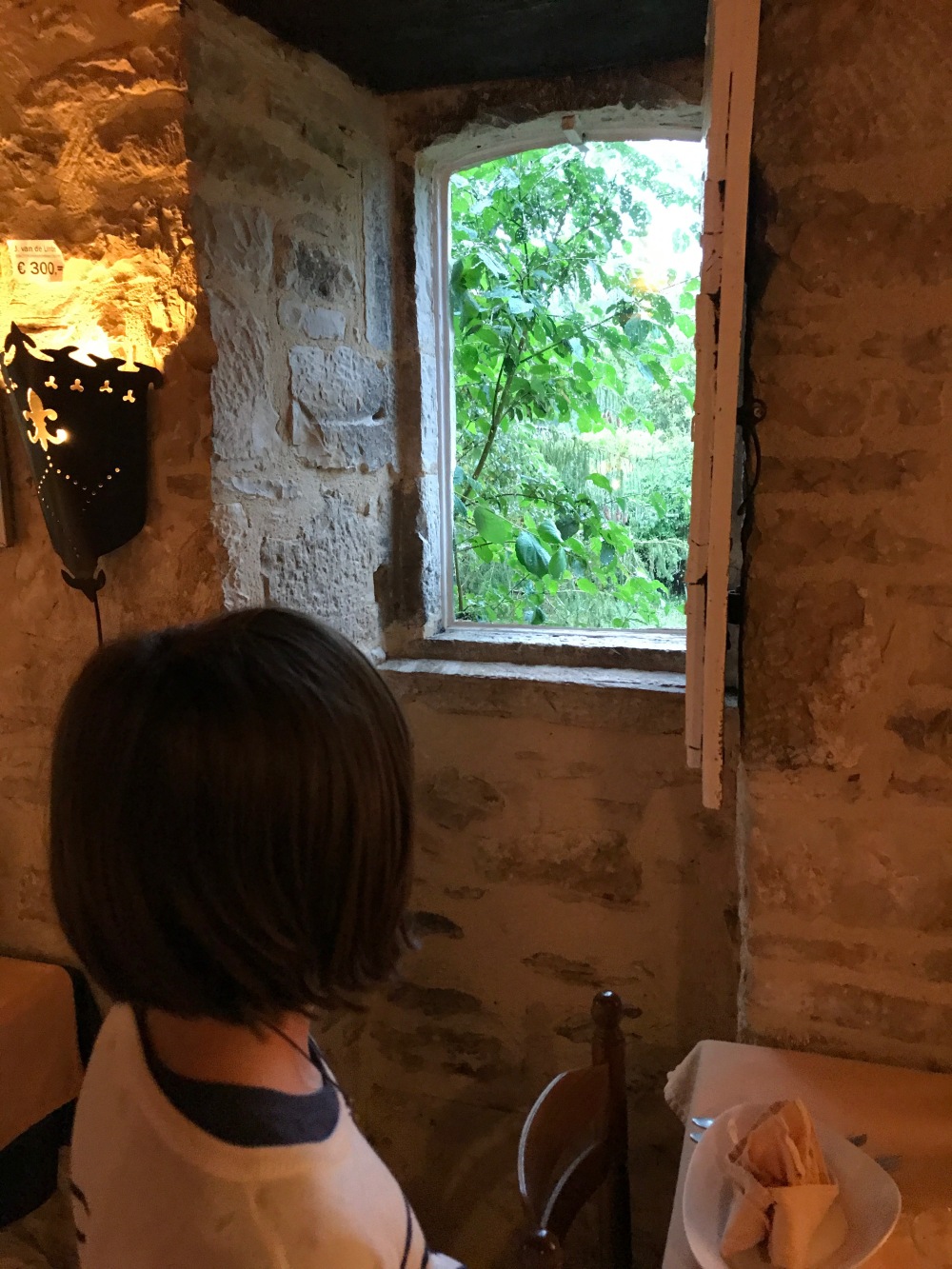 An amuse bouche was brought to us by Hans. It consisted of warmed peanuts that were odd, but somehow perfect. His wife, Inky, was the chef du cuisine. They were a kind couple who happily spoke to us in both English and French. We perused the menu. Four courses, the first of which was an asparagus soup that was bright, slightly creamy, and satisfying when coupled with a hearty country white bread. This was followed by a local specialty, duck fois gras served warm with a crisp exterior and a luscious, rich interior. It was velvety in texture and melted on the tongue, with a buttery richness and a hint of toasted hazelnuts.

The third course was another specialty du maison, local wild boar. This lean meat had a peppery sauce that perfectly complemented the succulence of the roast. Wild boar, to my surprise, tastes nothing like pork. It has more of a beef flavor, but with a light gaminess. I had thought that wild boar was an exotic delicacy but came to learn that France is overrun with these beasts. As a result, wild boar can be found on menus across France in recipes ranging from wild boar sausage to duck and boar cassoulet. We paired the meal with a 2011 Bourdeaux, chosen primarily because it shared my last name. The wine segued well into our final course which consisted of local strawberries with freshly whipped cream. Sparkling, semi-sweet and tart, these little berries rounded out our summer meal quite nicely. 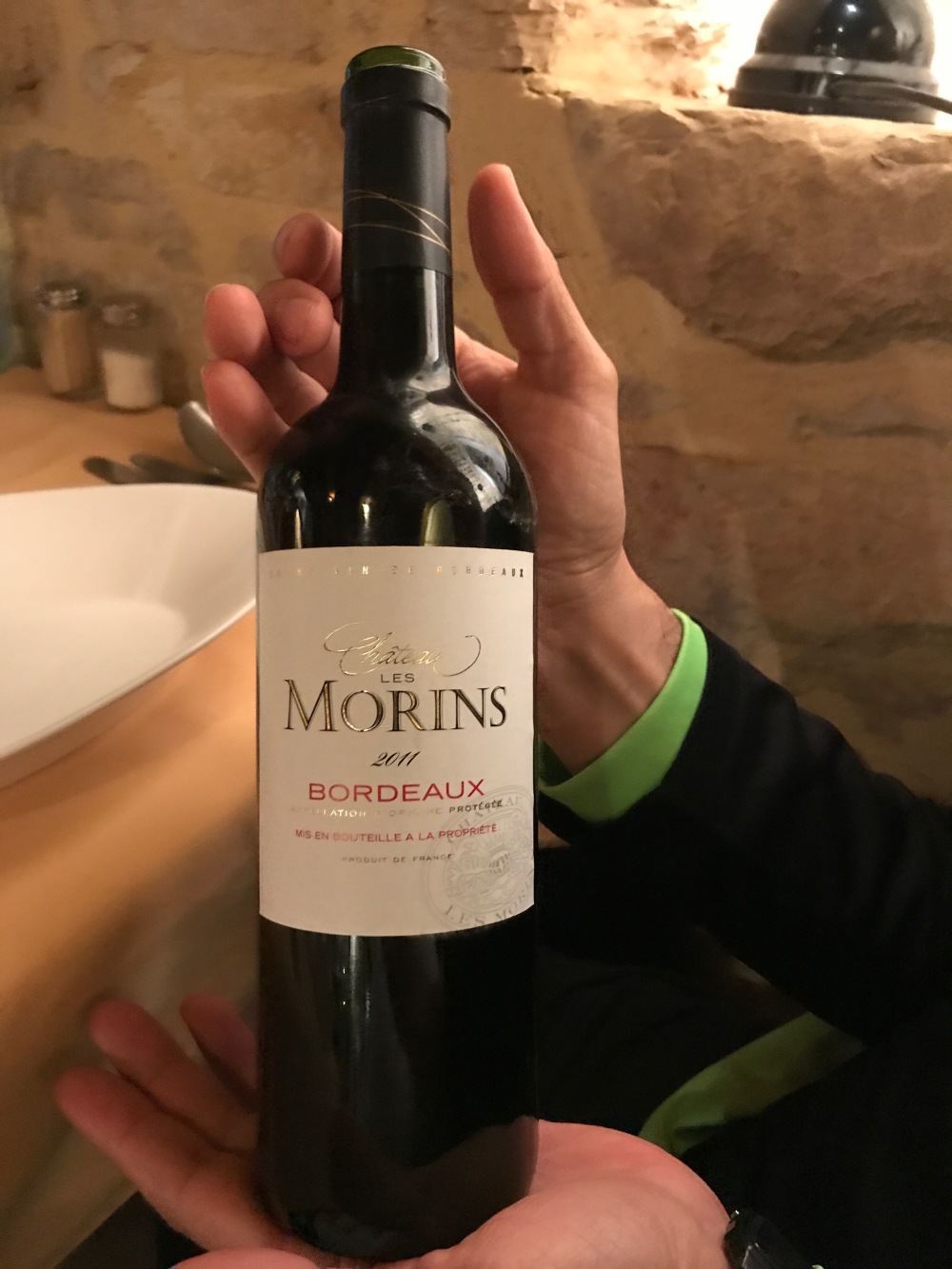 Life’s adventures are often stumbled upon my chance. As we thanked our hosts and ambled back to our voiture, it dawned on me that this would be the only time we would experience this place, this moment. But now was not the time to reminisce – we had more to experience of our French holiday.

On to the next!

Edible Origins’ next story, “Vindaloo . . .brought to you by Vasco da Gama?” Is coming soon. Sign up for email updates so you don’t miss it.