When winter storms are still threatening the northeast, Mico gets planting.  Nurturing seeds indoors through the cold final months of winter and early spring ensures that Mico will have ripe tomatoes by mid-July.  The first and most exciting stage is germination. Will the seeds take or won’t they? 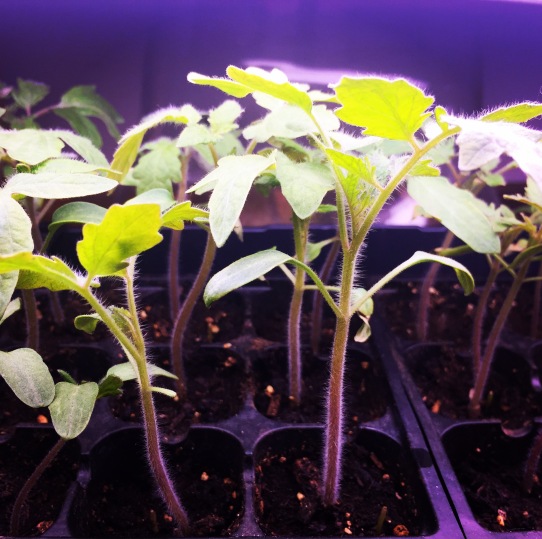 Mico’s always do, of course.  He is a farming wizard.  Years ago, I came home from college to see a large tree in front of the house that I hadn’t noticed before.  It was a thriving chestnut tree.  I asked my Dad where it came from.  He said, in his typical modest fashion, “I threw a chestnut in the ground and the tree grew.” Huh.  I’m not sure that works for everyone.

Back to the tomatoes – Mico’s methods are proven.  Year after year, Mico has an incredible tomato harvest.  He collects so many tomatoes from his productive garden that even after giving loads away, Mico has enough tomatoes to store in 100 bottles or more!

What are his secrets?  Here are a few:

Right now, most of Mico’s tomato seedlings are about 2 weeks old and 4 inches high.  He also has one tomato plant that germinated in January and is now over a foot tall and has a few baby tomatoes!  Looks like Mico might have some tomatoes earlier than usual this year.

Did you start your seedlings yet?  What are you planting? I would love to hear your garden updates.  Drop me a line or comment below.